As experts in building boats, we help you reach your potential in kayak-canoe sport.

Benefit from all this knowledge when paddling!

We had been making racing kayaks since 1986, our passion for building boats started generations

ago. The foundation of our family business was established in Budapest in the 1930s by the grandfather of one of the owners, Ágnes Hódy, who made his famous boats in the Vöcsök boathouse on Római part.

Rudolf Jüling, Ágnes Hódy’s father worked as a boatbuilder for 50 years at Hungarian clubs. His working and his carved paddles helped many Olympic and World Champions win.

Our company has been established by his son-in-law Kálmán Hódy, who has kept the core values but also used the plastic technology invented in 1970 to make the boats even more successful.

This is the story behind how HODY SPORT, that combines decades-long traditions and modern boat building, has become part of the history and the future of the Hungarian and International kayak-canoe sport.

Our boats contribute to the popularity of the sport worldwide.

From the winning of Orca to the International stage.

The first domestic success came, when the Hungarian girls became Junior World Champions in K2 and K4 in HODY (called Hódy Sport back then) kayaks.

Then came the International breakthrough, when Knut Holmann won the Sydney Olympic Games in 2000 in a self-developed Orca boat. The Norwegian World Champion kayak racer won two gold medals for both 500 and 1000 meters and declared that his HODY boat was also part of his success.

This recognition pays tribute to the expertise of HODY, since HODY is the company in Hungary who makes self-developed boats.

The renewed Orca kayak is world-famous not only in Europe but also in Australia, Canada, USA, Japan and boats are being shipped to Malaysia too. Kayak sport kicked off inTurkey using HODY boats, the English Federation was one of our partners, we won the Asian Games tender in 2006, we shipped racing boats to the Egyptian Canoe & Kayak Federation in 2010.

The number of members of the International Canoe Federation (ICF) has grown from 54 to 157 during the past 20 years. We provide boats to many countries and also support the promotion of the sport.

The case of training young athletes is very close to our heart, particularly when it comes to the Hungarian kayak-canoe champions-to-be.

This commitment led to the idea of a completely new type of boat, the MK-4 mini kayak, which had won over the whole kayak community.

The MK-4 mini kayak is a unique boat which was developed and produced by HODY only.

The revolutionary new idea has created a new category as well.

We recognized that the standard K-4 adult kayak could not be used for training and developing the youth, hence we tailor-made our 4-seat boats to the children. The result is such a boat that helps the young kayak athletes to bring out the best in them.

Children warmed to the boats immediately, since paddling in a mini kayak with 4 is a great life experience. As a coach of young kids, you will find the use of this kayak priceless when you teach team paddling, different techniques and team building.

It is an indicator of the recognition of MK-4 sport that HODY MK-4 was the only one to be recognized besides the 3 biggest brands in the International Canoe Federation’s coach manual in 2011.

The mini boats are certified by the boat certification committee of the Hungarian Canoe Federation and meet all racing standards.

The whole World learnt about the existence of MK-4, which got its own event at the Canoe World Championship in 2011 in Szeged.

When can we make you a real HODY MK4 mini kayak?

Main milestones in the history of HODY

At the 2019 ICF Canoe Sprint and Paracanoe World Championships in Szeged, children will enter the competition again in Mini K-4. The Hódy MK-4 race will be held again this year with the help of the Hungarian Canoe Federation.

In 2019, we signed a partnership agreement with the International Canoe Federation (ICF) and Hódy became the official manufacturing partner of the ICF.

The new Hódy eskimo kayak, the more up-to-date reincarnation of the old boat type, was introduced this year.

HODY’s sport boats were seen racing in the Philippines and in Dubai, as well as at the International Nile Regatta or at the Kayak-Canoe Worldcup or at the European Junior Championship.

The racers of Tatai Hódy Sport Club were continuously successful in our boats.

Ordered by the State, we delivered a big quantity of boats for kids to the Philippines in 2018.

Our MK-4 kayaks also won over the Norwegian and Serbian Canoe Federation and they ordered a significant quantity of boats.

Canadian, Swedish, French and Finnish Clubs got to know and love HODY MK-4 and used them successfully. 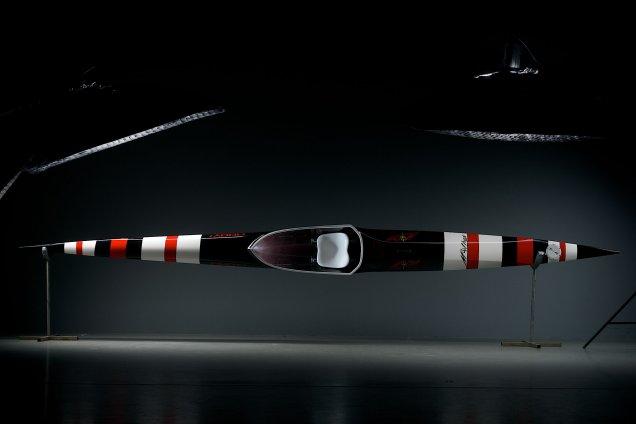 We developed the new Orca K2 and K4 in 2012, which became a huge success in Hungary and abroad as well.

We organized a competition of “Pass on boat” paying tribute to the red boats of Csepel. The 3 best under 14 kayak and canoe racers could use our boats for 1 year and then they got passed on to the new winners.

Based on his unique need, we built a HODY outrigger canoe for Sándor Szabó, Paracanoe World Champion.

HODY Orca 2011 was introduced in 2011 as a sequence to our previously successful boat. The new boat ran better and had an unconventional design of the deck.

The whole World was watching – the MK-4 HODY mini kayak ran beautifully at the Szeged World Championship in 2011. A separate event was organized for MK-4. The 3 best racers received a MK-4, MK-2 and MK-1 boat.

In 2010, the Hódy Sport logo was replaced by the new HODY image, which perfectly represented our brand values

As a possible candidate for Hungaricum, we were invited to the Parliament to talk about our history and plans for the future.

As recognition for our self-developed type of boats, we were invited among the biggest boatbuilding companies by ICF to the International Canoe Federation’s conference in Lausanne.

At a UK competition in 2009, our self-designed boat won the „Designer of the winning kayak” award.

We were the first ones to create this new type of boat for children, the MK-4 for 4 kids in 2007.

The new boat was introduced to the Hungarian sport professionals at the beginning of 2007 in the Tata Training Camp. All the leaders of the Canoe Federation, the leaders and coaches of the Hungarian Clubs represented themselves at the event.

In the news about the introduction of the MK-4, the boat was praised as World Premiere and the MK-4 was called the newest Hungarian World Innovation.

The Hungarian Canoe federation added MK-4 as an independent event to the racing program next year; the very first event was organized at Lake Velencei.

We won the Malaysian tender in 2006, which presented us with the opportunity to ship boats to the Asian Games. We managed to win the tender, beating 5 other applicants, including China, thanks to our good references, competitive prices and short delivery time.

We have been supporting the Tata Hódy Sport Club since 2005, which is the foundation of the training of the young kayak-canoe racers. A lot of promising racers started here.

The young racers of the British Canoe Association liked our MK-1 and MK-2 boats a lot, and the president of the Association sent us a thank you letter.

We entered into a sponsorship contract with the Tata Honvéd Club. We gave them new boats every year; hence the Club got a new name: Tatai Hódy Sport.

We won the tender of Turkey and they kicked off their kayak sport history using HODY SPORT boats.

We received our first more significant order: 76 pieces of boats were shipped to Japan.

Marc Oldershow, a Canadian racer won 2 gold medals at the Junior World Championship paddling in our Crocky canoe in Brazil.

The year of the Sidney Olympic Games and the Orca K-1.

We delivered boats to Italy, Slovakia and Canada.

The Canadian team was so happy with the quality of our boats that they placed an order for a significant quantity and had been ordering boats every year ever since.

The Hungarian kayak-canoe clubs got to know the HODY boats.

The HODY family business (called Hódy Sport back then) was established. It had got a history dating back to 1930s, when the boat builder grandfather was active.